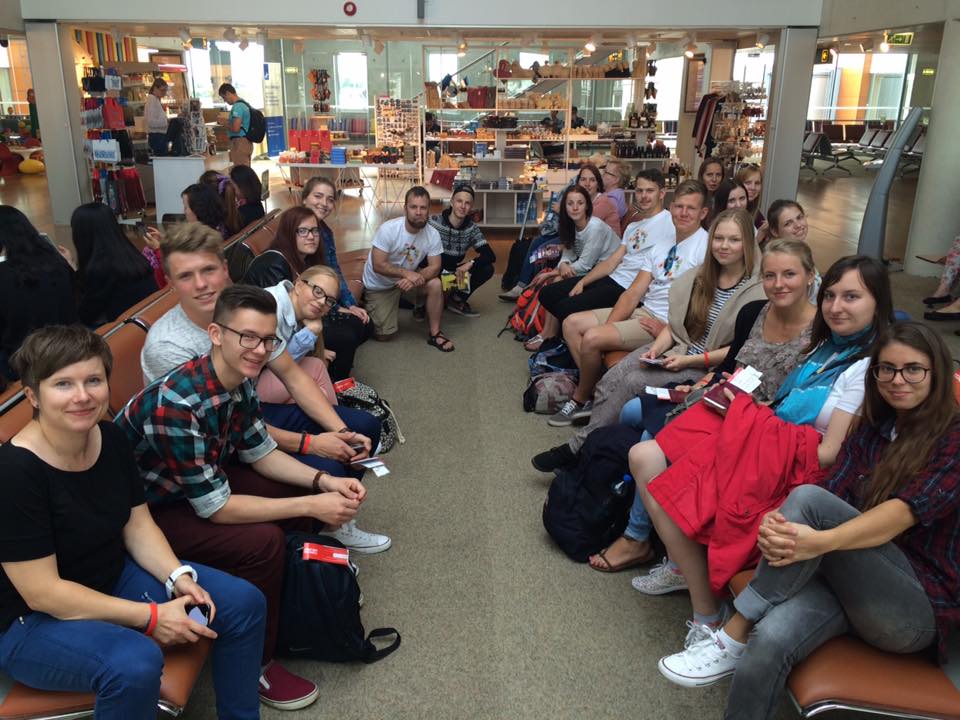 This “youth mission adventure” was the first of its kind in our Union: a youth mission outreach in support of our Estonian partners serving in Bosnia and Kosovo. Parallel teams were sent to each country for 11 days of service and cultural immersion.

I was honored to assist in the coordination of the project and to lead the Kosovo team. Both teams consisted of youth from all around Estonia who had been recommended by their pastors for leadership potential, spiritual maturity and interest in mission training.

Actions
The Kosovo team was based out of the small town of Gracanice, a Serbian enclave just southeast of Pristina, alongside our partners Dejan and Daily Adam. The Adams have been developing high quality early education preschool – The Osadus Keskus – for the local population for the last five years. Our team helped to build a playhouse for the playground and repainted classrooms.

In the afternoons, a group of young men would come to the center to work out on an exercise gym Dejan had set up behind the house. Our team was largely composed of athletes and so everybody hit it off pretty well. In spite of language and cultural barriers, we were able to have some significant conversations with the guys. At the end of our work week, they treated us to a lavish grill party and ate around the table like brothers.

Following our projects, we took a series of day trips to various locations around Kosovo including major cities, famous Serbian Orthodox monasteries, and a day of hiking in the amazing Rugova Canyon on the borders of Albania, Montenegro and Kosovo.

Culture
Attempting to sum up any one of the Balkan region’s many cultures in a paragraph would be folly but I can share what we encountered on the ground. Our team was prepared for difficult conditions and hard work. Indeed visible and cultural scars left by centuries of conflict were inescapable and our days were filled with constant activity under conditions Estonians only experience in the sauna. But we were greeted by a level of hospitality none of us would have expected. Our accommodations were very comfortable, the quality and amount of locally grown food kept us sated around the clock and people were extraordinarily friendly and open. Kosovo’s mix of Albanian (predominately Muslim) and Serbian (Orthodox) cultures makes for a unique and challenging history. But it seemed that most people were able to live and function side by side, even while maintaining a strong sense of historical and ethnic identity. Kosovo remains one of the poorest countries in the region, but the culture and history were rich and deep.

Support
While we had aspired to carry something like this out for years, the project was made possible by a generous donation from the Estonian congregation in Vancouver, Canada and later additional contributions from partners in Toronto. In order to give our youth experience in fundraising and to lay a foundation for future trips, both teams were responsible for matching that sum with fundraising from their own contributions, individual sponsors, and local church donations. Our goal was to send a clear signal that Estonian churches are entirely able to send future mission teams. In the end we were able to raise over 11 000 EUR, exceeding our startup capital by over 2 000 EUR and even staying under budget enough to provide seed money for future projects.